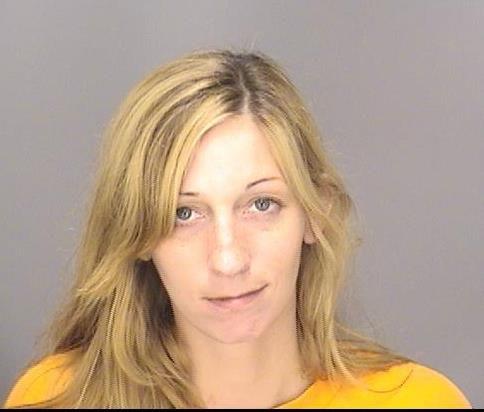 A 4-year-old girl was found alive after an extensive search after she was left by her mother near the Merced River. The mother, identified as Courtney Renee Hill, was arrested.

CHP say it began when a female had walked into a business located in the area of Shaffer Rd., north of Oakdale Rd., nude, advising she was involved in a traffic collision, and left her 4-year-old child in the vehicle while she went to look for help.

Merced CHP responded to the area and contacted the female. It was determined that the female left her 4-year-old female child “somewhere”, and could not tell the Officers the location. She related that the child was left in a field and not in the vehicle.

CHP units, including Merced Sheriff Department, Riggs, and CAL Fire personnel responded to the scene to assist with the search for the missing child, CHP said.

The investigation determined 28-year-old Courtney Renee Hill, Merced, along with her four-year-old daughter, passenger, had been involved in a solo vehicle collision near Amsterdam Road and Youd Road. Immediately after the collision, Hill walked to the residence of 10655 Amsterdam Road and stole a 1997 Jeep Grand Cherokee. Hill collided with the garage in the residence before driving north on Amsterdam Road for approximately one mile. She then stopped the Jeep, exited, and began walking away from the vehicle with her child in a northwesterly direction along a canal bank.  Hill and her child traversed the canal, several fields, and crossed the Merced River, a total distance of approximately 1.5 miles.

After crossing the Merced River, Hill put her child on the bank, told her to stay in that location while she went to look for help and left her child, wet on the river bank and in the dark.

A CHP Helicopter responded to the scene to assist with the search of the area but was unable to locate the child.  As the night went on, hopes for finding the child were diminishing, all allied agencies except for Riggs Ambulance Service had left the scene.  CHP units made a last-ditch effort and went on foot down a steep embankment, crossed approximately 700 yard orchard to where they came to the Merced River.  As the units did not have any other area to search, they were converging on one area, yelling out for the child at which time they heard a faint “I’m here”.  The child could barely be seen in the tall grass, on the opposite side of the Merced River.  At approximately 3:47 am the four year old girl was located sitting on drift wood near the river shore, cold and shivering, but in good spirit.  The location has no access road, so the Officers assisted one another in crossing the Merced River.  The child was safely retrieved and Merced County Child Protective Services was called to assist with caring for the child.

Hill was arrested and booked in the Merced County Jail. 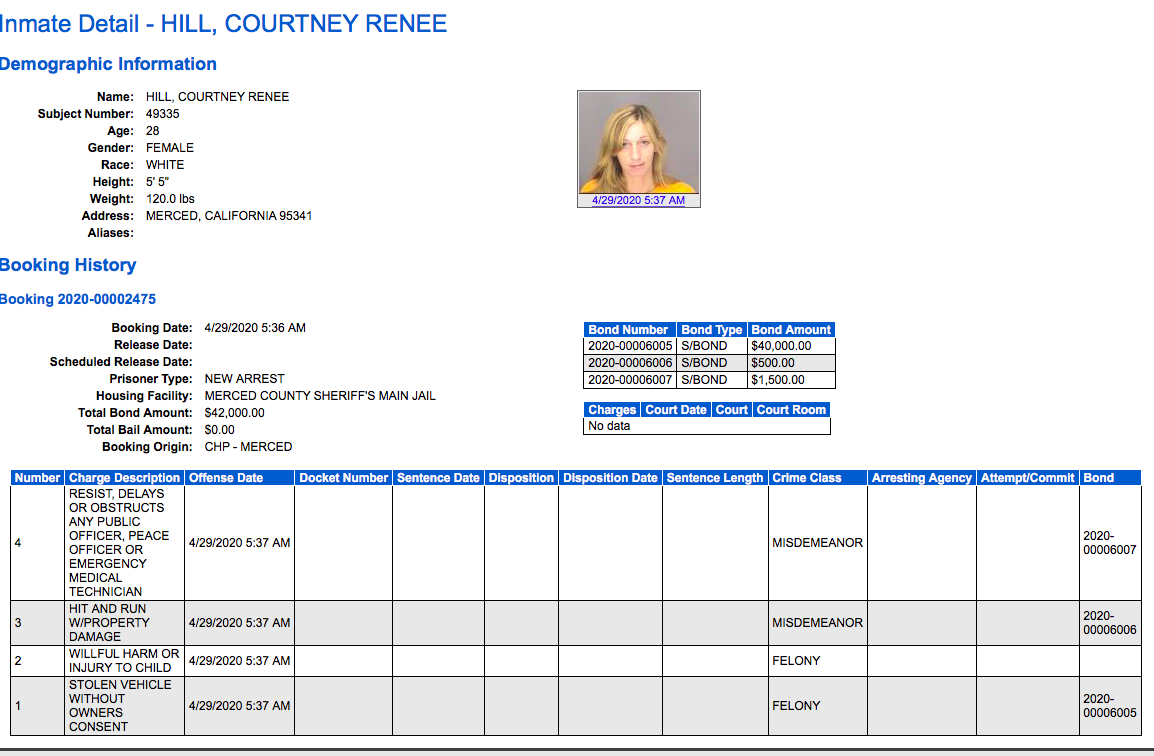 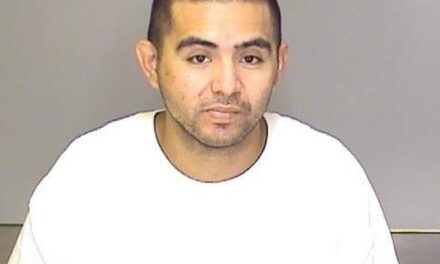 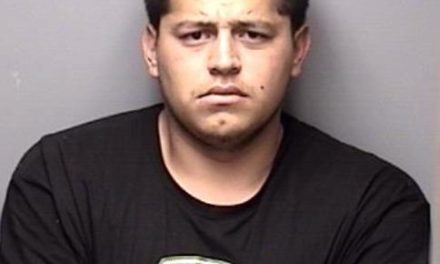 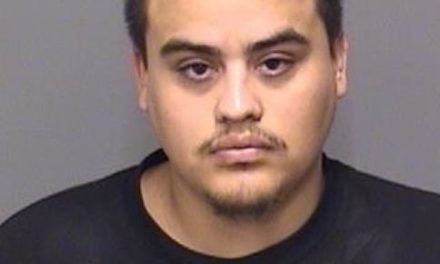 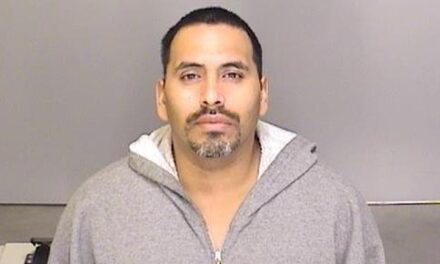